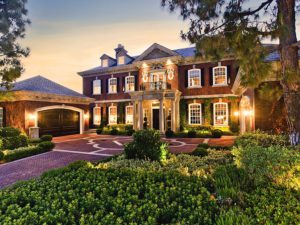 Among the immutable laws of real estate, “location, location, location” continues to stand above all others. But not far behind is the dictum that as an agent or broker develops a higher profile, his clientele invariably adopts a lower one. This certainly is true for John McMonigle, the Orange County-based agent and developer whose McMonigle Group dominates the luxury home and estate market on the West Coast. As McMonigle attracts more and more media coverage—you can’t get much hotter exposure than chatting about sales and available properties on The Oprah Winfrey Show—his clients tend to recede into the background and away from the spotlight.

“When there is an extraordinarily expensive sale, the media is all over it,” says the 44-year-old McMonigle, who opened a posh new headquarters in Newport Beach earlier this year. “We’ve also done a lot of record sales I’m pleased to say nobody knows about. One of the biggest challenges is keeping clients’ identities hidden and keeping their sales off the radar.”

Logic would suggest a megasale to a celebrity or professional athlete might help draw attention to McMonigle’s operation. But he hardly needs the help: McMonigle reports that his company has done $2.6 billion in sales in the past six years, with an average per-sale price of $6,450,000. “I think in the last six months we’ve been involved in every sale of more than $15 million in Orange County,” he says.

McMonigle’s ascent to his current rarified perch began as a young man in Oklahoma. “I fell in love with mortar and bricks as a teenager while framing houses in the hot sun,” he says. “When I got out of college [at the University of Central Oklahoma, in his hometown of Edmond], I knew I wanted to be in residential sales and development.” He also knew he loved the climate and beauty of California, so he moved to the Left Coast in the early 1990’s and began working in sales. Eventually he cofounded his own brokerage company, Strada Properties. These days McMonigle’s Orange County empire has expanded to include more than just sales of extravagant homes.

Got a question about this property?