What Makes A Home The Right Size For You? 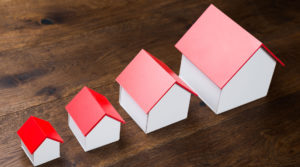 THE ANSWER TO THAT HIGHLY PERSONAL QUESTION DEPENDS ON HOW YOU LIVE YOUR LIFE. THE NEED TO BE WOWED ALSO COMES INTO PLAY.

When Kathryn Anthony showed relatives in Greece photographs of her 1,400-square-foot Dutch Colonial, their first question was: “How many families live in it?”

Americans love their space, says the architecture professor who studies the issue at the University of Illinois. She’d even go so far as to call many U.S. homeowners spoiled.

“Space is the new luxury,” says John Finton, a custom homebuilder who is working overtime erecting Southern California mansions that are almost as large as the White House’s 55,000 square feet. Two decades ago, the ultra abodes he built were 6,000 to 8,000 square feet. Now his clients want that size for guesthouses.

But how much living space do you need to be happy?

Experts say that depends on the stage of your life, size of your family, entertaining styles, financial restrictions and, most of all, lifestyle. The space you want, says psychiatrist Peter Whybrow, can be traced to a primitive urge to be dazzled.

“We’re reward-driven creatures who love novelty and trinkets. Our curiosity is good — it’s enabled us to thrive,” says Whybrow, the director of UCLA’s Semel Institute for Neuroscience and Human Behavior and author of the new book, “American Mania: When More Is Not Enough.”

“But we can become victims of what once was a great survival mechanism if it is not reined in by a more intellectual part of the brain.” With all the opportunities and choices we have, he says, we tend to be seduced into acquiring objects that we love but don’t really need.

Sasha Tarnopolsky and John Jennings bought a fixer-upper in Mar Vista and lived in a studio they built in the back while they expanded and remodeled the main house. The couple now live — comfortably, they insist — in the remodeled and expanded 1,100-square-foot bungalow with a toddler and two dogs.

They definitely believe less can be more.

“You can fit the things essential to life and your children’s well-being and education in that much space,” says Jennings, an architectural designer. “Any larger, and you have a house with rooms that you don’t go into for weeks.”

“Sometimes,” adds Tarnopolsky, a landscape architect, “it’s more liberating to live with constraints than too many options.”

The ground floor of the studio they called home for two years is about 500 square feet and it contains a suspended sleeping loft just large enough for a queen-size mattress.

“We never slept better because there was only room to sleep,” says Jennings, who with his wife owns DRY Design, a Los Angeles-based architecture and landscape architecture firm fueled by sustainable, space-efficient principles.

Got a question about this property?